The Board of Licensure would like to shine a spotlight on some of the talented surveyors licensed to practice in the State of Mississippi.
Licensees featured on this page are selected randomly. 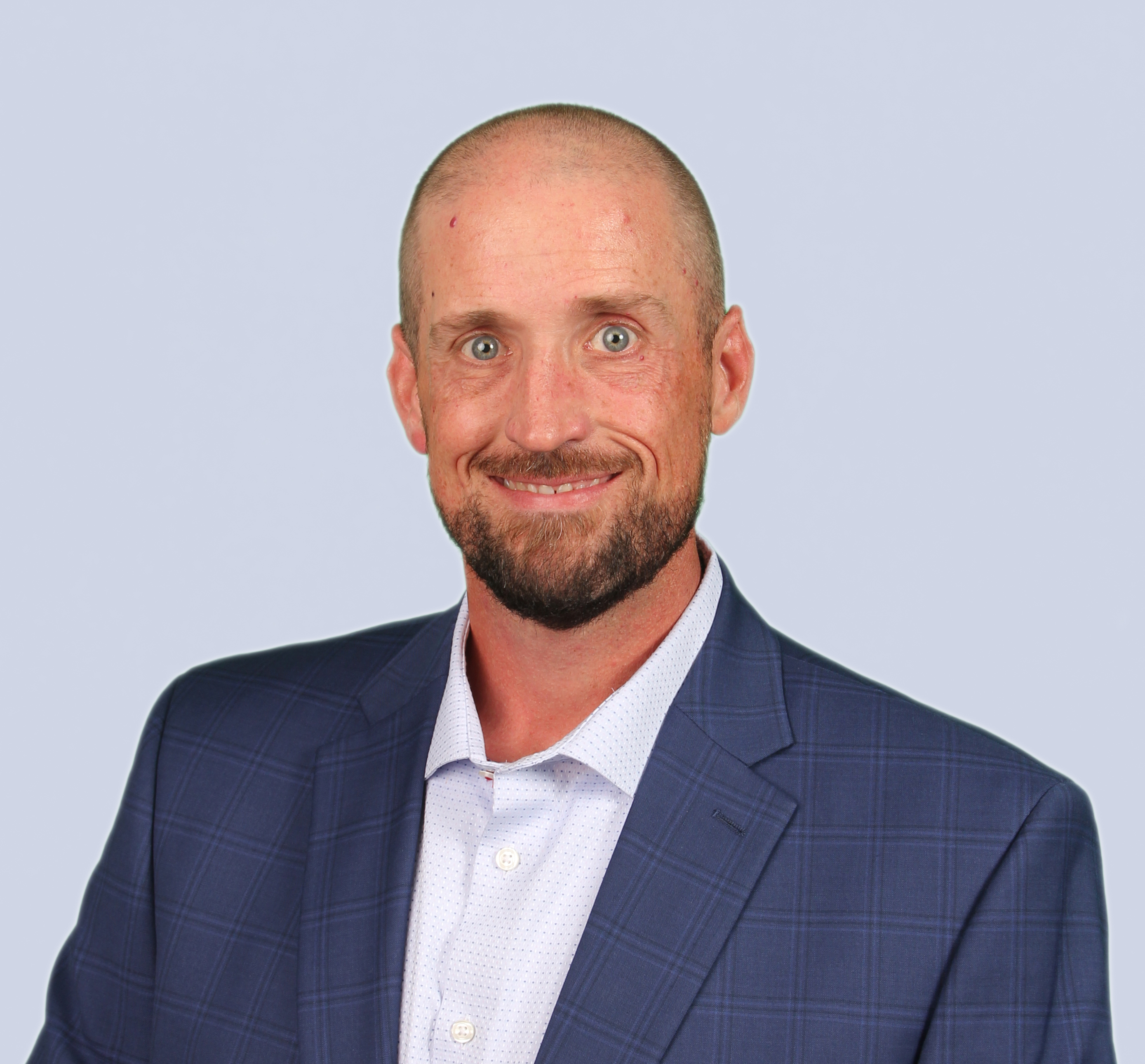 The Mississippi Board of Licensure for Professional Engineers and Surveyors would like to shine a light on our newest Board Member and Professional Surveyor Michael Blake Collins.  Mr. Collins is a Principal Owner and Surveying Manager with the Pickering Firm located in Flowood, Mississippi and is a graduate of Mississippi State University with a Bachelor of Science degree in Mathematics and a minor in Land Surveying.  He was appointed to the licensure board by Governor Tate Reeves on June 8, 2021.

When asked why Board service was important to him, Mr. Collins indicated that "Board service is an opportunity for me to give back to the surveying community that has given me my livelihood for the last 20+ years.  It gives me the chance to continue the work of those who have come before me as well as progressing it for the benefit of those who will come after me."

Wow.......very well said Mr. Collins!  We very much appreciate his enthusiasm, love and respect for the field of surveying and for the surveyors who came before him and his desire to make it better for surveyors to come.  We are looking forward to his service on the Board of Licensure for Professional Engineers and Surveyors.

Learn more about Mr. Collins below:

Q1. Why did you choose engineering or surveying?

"I took my first surveying class my freshman year at MSU and really enjoyed it.  I was fortunate enough to get real world experience with a summer internship with Matt Rankin shortly thereafter and got really excited about the work.  I have always enjoyed researching through the history of a parcel of land and making the connections between the monuments I find on the ground to the surveyors who have come before me and whose work is memorialized in the records I research."

Q2. How long have you been licensed in the State of Mississippi and do you also hold other state licenses?

"I was licensed in Mississippi in 2004 and have since been licensed in Louisiana and Arkansas as well."

Q3. What advice would you give to your younger self (HS grad, college grad, etc)?

"Learn as much as you can and don't stop learning.  Your education in surveying doesn't end when you graduate.  In many aspects, it is just beginning.  Continue both formal education and mentorship.  Each offers valuable lessons that you will not learn from the other.  There is always more to learn.  So never stop reading and never stop learning from the people around you."

Q4. What would you say to young people, who might be interested in STEM careers such as engineering or surveying?

"Immerse yourself in as much technology as you can.  GPS, drones, photogrammetry, and lidar are the way of the future in surveying.  Those products are becoming more and more mainstream every day, and the progress will only pick up steam.  So embrace them and learn as much about them as you can.  But be sure to understand the science and math that are behind them.  Improper application of technology can be just as bad as ignoring it."

Q5.  Tell us about a recent project you worked on that exemplifies why you love being an engineer and / surveyor?

"A favorite project was a survey for an electrical transmission line that ran between Vicksburg and Natchez.  It was a prime example of the history that drew me into surveying.  Many of the records dated back to the 1830s.  Some of the parcels we surveyed even predated Mississippi's statehood, and we found old monuments that were called for in the records from that long ago.  One particular area was a subdivision dating back to 1838.  At that time, it bordered on the Mississippi River.  Almost two centuries of flooding has now covered the area with sediment and moved the river over a mile to the west.  But as part of the project, old brick sidewalks from that subdivision were unearthed for the first time in years.  It was such a tangible tie to the past to see those bricks and think about the people who had walked on them before the floods and eventual overgrowth."

Q6. Why is professional licensure important to you?

"Surveying is so much more than simply measuring.  There is application of geometry, records research through courthouse records, case law, highway departments, and the General Land Office records, as well as proper application of law to ensure that the boundaries we retrace or lay out are accurate – not only in their mathematical closure but in their location on the ground as well.  Licensure ensures that individuals who practice surveying have the knowledge and skill to practice each of these facets (and more) to safeguard the property rights of the general public." 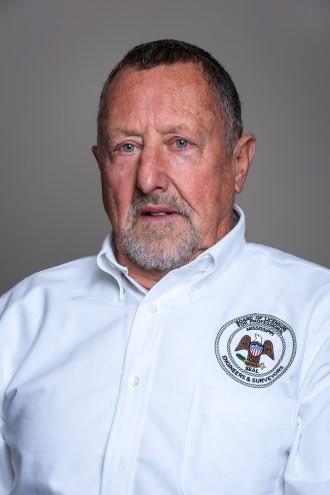 The Mississippi Board of Licensure for Professional Engineers and Surveyors would like to shine a light on Board Member and Professional Surveyor Michael "Mike" Thornton.  Mr. Thornton has had his own surveying business since 1989.  He loves his family, grandkids and gardening and you can tell from photos that he has shared with us that he loves surveying.  He has served on the Licensure Board since 2019.

Check out our conversation with Mr. Thornton below:

Q1. Where did you attend college or university and what was your major?

"I graduated from Northwest Junior college  with a Associate degree in survey related subjects."

Q2. How long have you been practicing surveying and when were you first licensed?

"I worked with the Mississippi Department of Transportation surveying in the summer between high school and college and became interested in surveying."

Q3. How long have you been licensed in the State of Mississippi and do you also hold other state licenses?

"I became licensed in Mississippi in 1989 and the states of Arkansas and Louisiana shortly afterwards."

Q4. What would you say to young people, who might be interested in STEM careers such as engineering or surveying?

"Acquire all of the education needed to exceed your goals.  Begin your career with a lot of hands on experience with a good mentor."

Q5. Why is professional licensure important and what advice would you give your younger self?

"Professional Licensure is important to ensure adequate training and knowledge as a public servant." 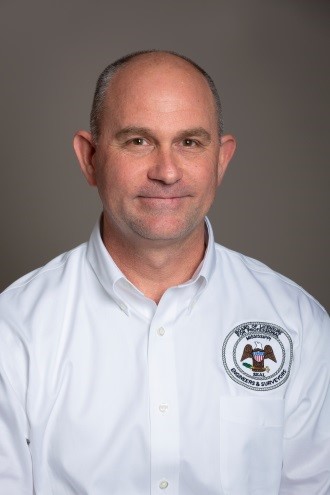 Check out some of our conversation with Patrick below:

Q1. Where did you attend college or university and what was your major?

"I obtained my license by on the job training and through mentoring with Mr. Gene Stenum, PLS."

Q2. How long have you been practicing engineering and / or surveying and when were you first licensed?

Q3. How long have you served on the licensure board?

Q4. Why is professional licensure important and what advice would you give your younger self?

"Professional License is important to ensure order in the physical world and land development in our communities from the planning and design of developments and subdivisions, roadways, as well as, individual parcels of land, which assist in ensuring the protection of the health, safety, and welfare of the public. I was very fortunate to have Mr. Stenum teach me vital aspects of surveying.  If I had to start the profession of land surveying all over again, I would chose to learn to better communicate and interact with the individual land owners, and adjoining land owners, in a more effective manor to help prevent and resolve minor problems before they escalated into hard feelings between neighbors."